What if two former presidents met in Corrèze to unite in the face of the “fascist threat”. This is the pitch of Presidents, the comedy of Anne Fontaine, screened on Friday June 18, in preview at Uzerche, Tulle and Brive.

Two monsters of French cinema, Jean Dujardin and Grégory Gadebois, embody Nicolas Sarkozy and François Hollande, whose last names are never mentioned. And as a backdrop, or even a third protagonist, the Corrèze, “enchanted refuge”. Here is how this political satire is an ode to the department.

When “Nicolas” arrives at Uzerche station, he is equipped with a racing bike on which he will reach his hotel and get around. We then see him on the small roads crossing the green regions of Correze with his assistant. You will see, the bicycle holds a very special place in this film. 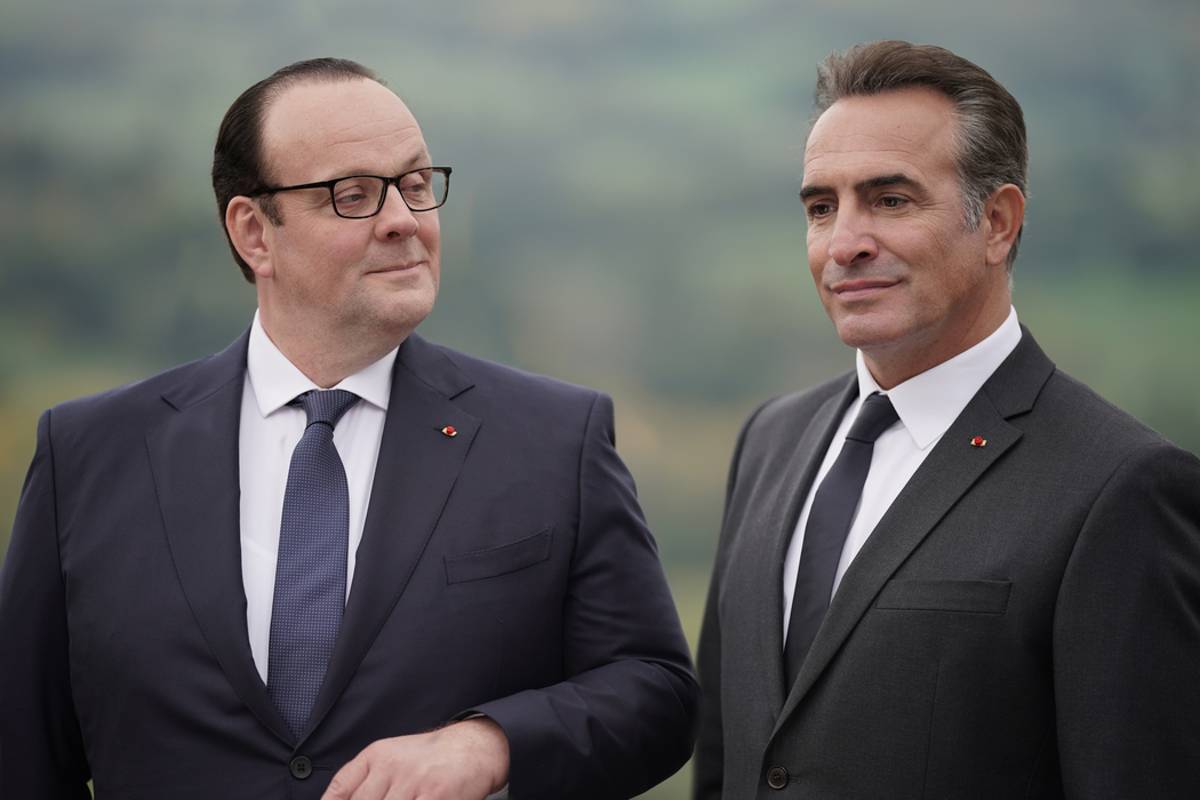 There is also this scene shot at Puy de Pauliac at sunrise or sunset. You can recognize its characteristic stones and walls. “These are landscapes larger than us”, notes Grégory Gadebois who really liked the department.

A scene where he is sitting on an old tractor facing rolling meadows aptly represents the sensation he had upon encountering the territory. It was this scene that touched President François Hollande:

“On this tractor, he wonders where the meaning of his life is. The view and the light are magnificent. “

For the former president, the film is a “promotion of Corrèze, for many it will be a discovery. The views of Uzerche, Aubazine, Saint-Robert… It’s beautiful. “

Three towns as a backdrop

In the film, “François” lives in a pretty old house (which according to François Hollande is located in the countryside of Uzerche) with a view over the fields in a village called Saint-Bonnet. This fictitious town is a mixture of Saint-Robert, Aubazine and Uzerche.

At 10 years old, a resident of Noailhac (Corrèze) shot in the film Présidents where Jean Dujardin plays

We recognize the splendid promontory of Saint-Robert with a view of Ayen and the valley during an evening where “François” plays the saxophone. Place d’Aubazine served as the backdrop for a few scenes as well as its abbey which the former socialist president introduced to “Nicolas” and which he called “the jewel of Corrèze”. 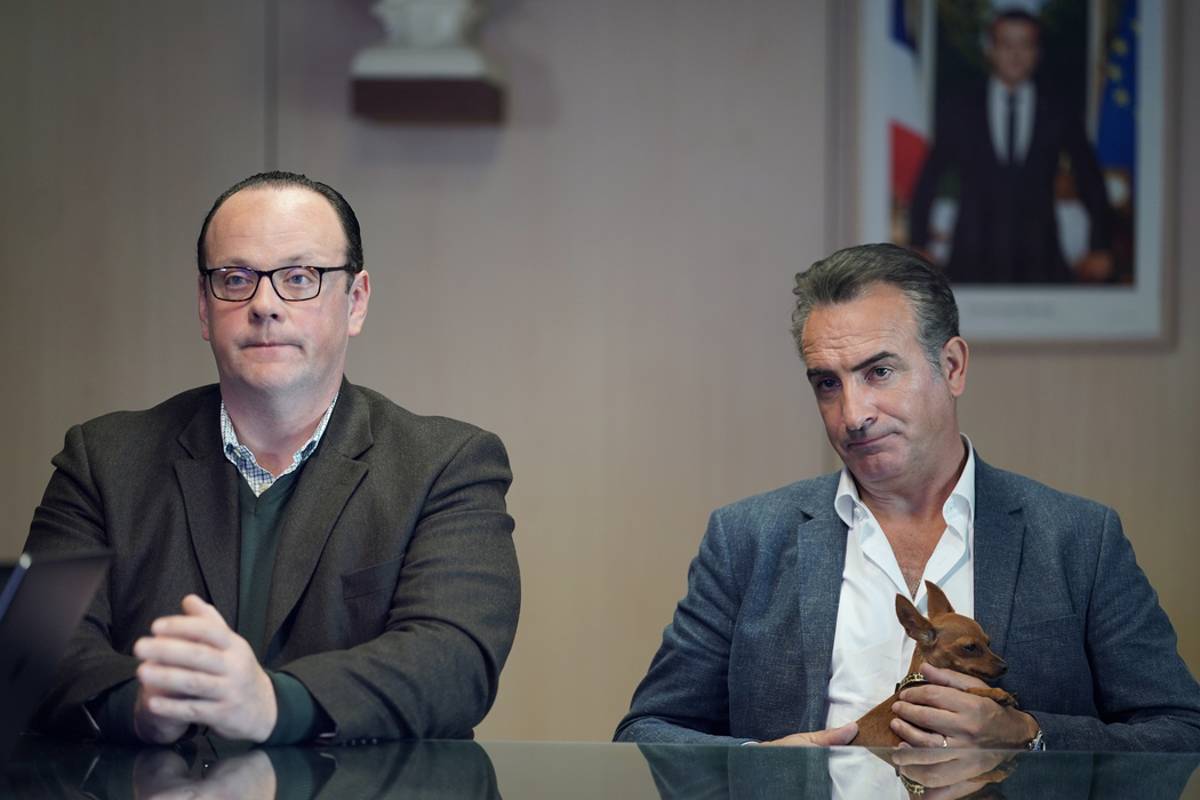 Finally, the pediment of the town hall of Uzerche, a town where the film crew spent seventeen days, is also chosen for a historic press conference by the two former heads of state. A little anecdote: the sauna, in which “Nicolas and François” meet, is that of the Joyet hotel in Maubec d’Uzerche.

On the market with “François”

The unmissable meeting of the former President of the Republic did not escape Anne Fontaine. When “Nicolas” tries to meet “François”, the hotel owner gives her a detailed plan of the latter’s habits in the market.

Shot in Corrèze, the film “Présidents”, with Jean Dujardin unveils its trailer

A habit cherished by the former president, loyal to the Tullist market. “Anne Fontaine asked me how I lived in Corrèze, I told her about my house, my walks, the Tulle market…”, summarizes François Hollande, happy with this film “in which we laugh a lot”.

The Corrèze by bike 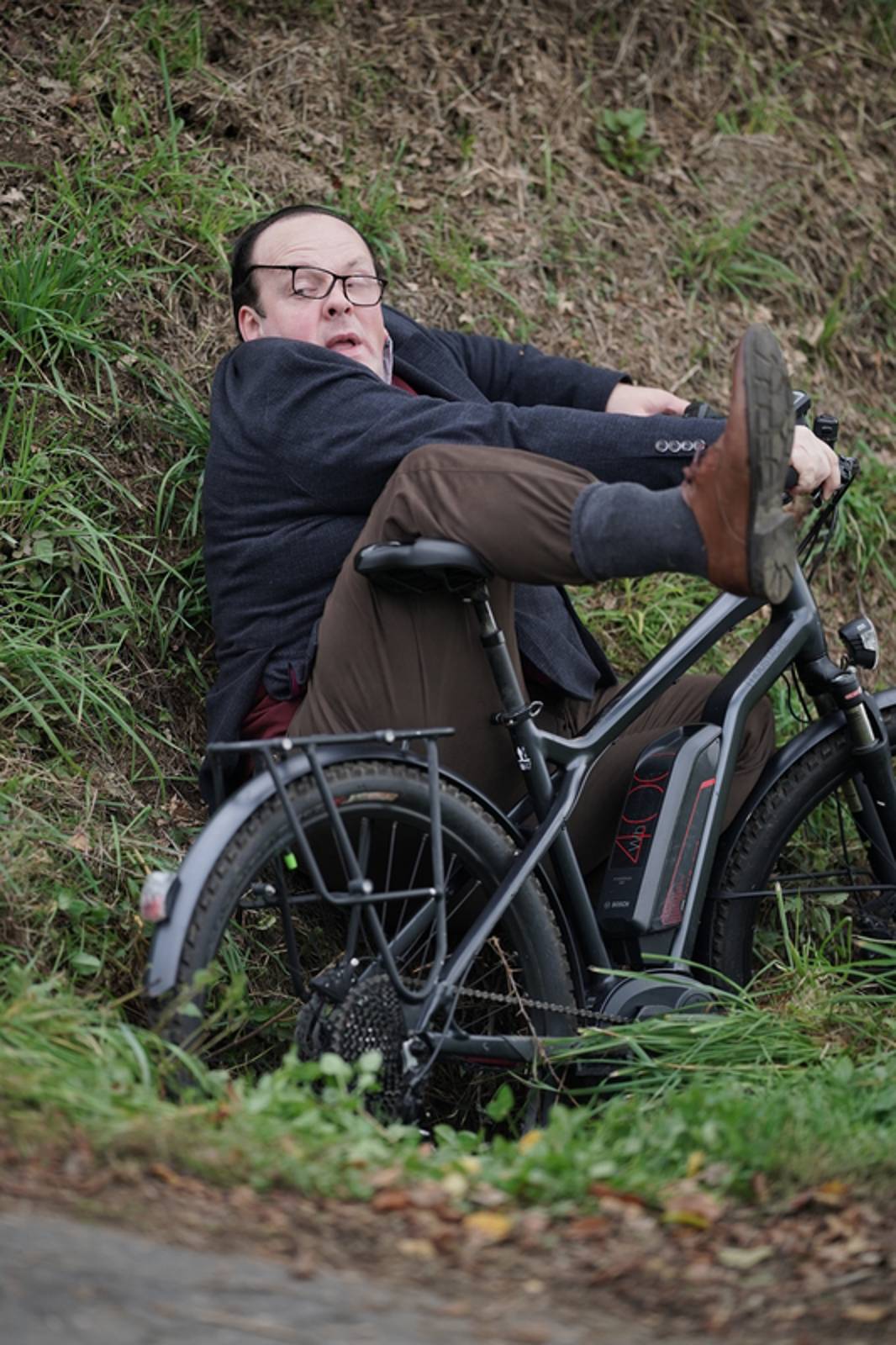 “I did not know that François Hollande had bought an electric bicycle. He was undoubtedly inspired by the film ”, jokes Grégory Gadebois. However, the Holland Gayet couple do have electric bikes. This was notably one of his criteria when he bought his house in Tulle: being able to go downtown and to the market on two wheels. However, unlike the film, the former president does not own a tractor. “Not yet …” smiles François Hollande.

Preview
The film Presidents hits theaters Wednesday June 30. Preview, Friday, June 18, in Uzerche, at the Louis-Jouvet cinema, at 6.30 pm. In Tulle, at Véo, at 6.15 pm, in the presence of François Hollande. In Brive at the CGR cinema, at 8:30 pm Anne Fontaine, the director, Philippe Carcassonne, the producer, as well as the two actresses Doria Tillier and Pascale Arbillot will be present during these Corrèze meetings. Grégory Gadebois has also confirmed his presence.