On the borders of rural Bulgaria, Petar crosses the seasons and the times of his humble life: work, the land, the sheep… Away from the world of men, he follows his path and accepts his destiny without regret.

Kamen Kalev is a filmmaker who seems to have always been on horseback between several countries, on the border of territories as fascinating as Bulgaria, his native country, France, or even Turkey. He was born on the big screen with a beautiful film, The Tortured Eastern Plays, carried from end to end by the enigmatic Christo christov, who died shortly before the film’s release in 2010. This narration of the tensions existing on the borders of Europe, revealing unease and racism exacerbated by the presence of Turkey nearby, was overwhelming by the encounter between violence and candor of its main character struck head-on by nationalism and hatred. Bulgaria is never far from the camera of Kamen Kalev, who even when he chooses Melvil Poupaud as main actor in Head down, makes him travel to his country plagued by stories of the underworld. February is the opportunity for him to come back completely to live in this land at the end of Europe, and to return to a sketch that is at the very least confusing.

If the project of this new film was to study the end of a life of a simple Bulgarian shepherd who never looked for anything other than simplicity as well as to fulfill his role, it has grown to become a fresco in three distinct parts where the existence of Petar is divided into seasons, from childhood to twilight. According to the author, almost three shootings took place, each moment being shot in one piece, with its own color and energy. The first phase, that of childhood, is thus as luminous as the last is dark and arid, a contrast which emphasizes the distance traveled. These first forty minutes auscultate this little boy who seems far too frail to do this hard job in the middle of a mountain where his only companion is his grandfather, a gruff man who is in no way a surrogate father. But the heat distilled by the light and the luxuriant nature in the midst of which Petar is but an insignificant little point, give this part an almost unreal feeling, bordering on dreamlike.

The immersion achieved allows the spectator to navigate in this landscape as one gets lost in a dream. To be pulled out to reach the second beat of the film is almost a tear. It’s both a success and a symptom of a balance problem for the rest of the film. Petar now a young adult, the verb suddenly interferes in a story that had until then been very frugal. It is almost strange to hear words uttered that seemed so obvious even if implied. The young man is a shepherd, and this is the only life he wants, becoming a soldier does not interest him, he only lends himself to this ritual where the nations count their adult men to eventually send them to war. But just like this narrative block, it remains only a hyphen, an interlude before finding the role almost assigned at birth in a rather incredible determinism.. 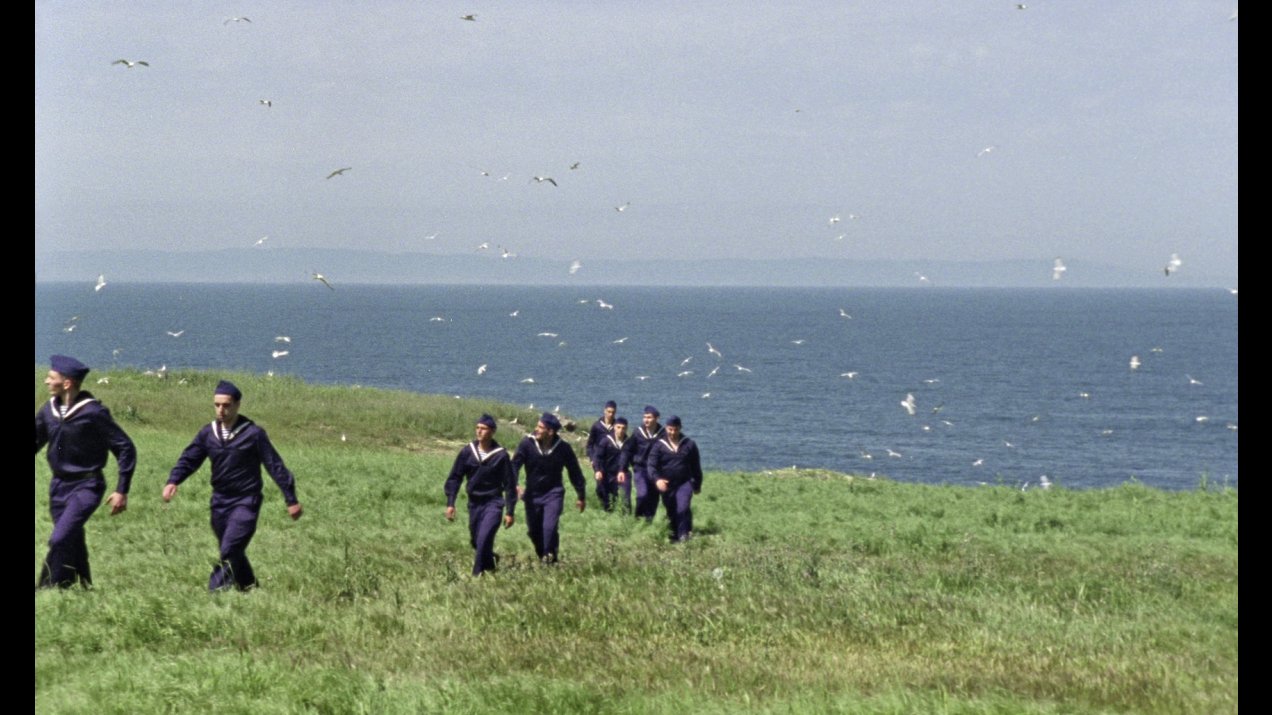 Filming these mountains by extricating himself from a certain form of reality is also the possibility for the filmmaker to question time in a film, and in particular the duration of the shot, in the manner of a Lav Diaz which completely explodes the classic vision of what a fictional feature film should be. This formal experimentation is undoubtedly what is most interesting in February, this deep desire of Kamen Kalev to get out of the framework of a classic fiction shoot to concentrate absolutely on a character immersed in a territory which exceeds him, submerging him entirely as one would let oneself be swallowed up by the ocean. The resonances operated through the film are in this respect fascinating although obvious. Petar becomes the grandfather who trained him as a child, in a very mechanical logic. The details of a lifetime are erased, leaving only the pivotal moments of marriage, death and inevitable aging.

The beauty of the main character, his almost muteness as well as his resolution to belong to something bigger than him, all this is almost an obstacle to the development of the film where nothing seems to exist next to it. The classic pitfall of the feeling of inequality between the parts of the film is indeed there, some dialogues occurring mid-film not really being up to the beauty of these first moments inscribed like an unsurpassed Garden of Eden .

Despite everything, there remains an ambitious project that manages to captivate the eye over nearly three hours, creating a timeless bubble far from the overwhelming urbanity that could be observed in Eastern Plays, between Sofia and Istanbul. This homecoming is a charming and cathartic journey that generates dreams and abstraction in the most naturalistic of settings..