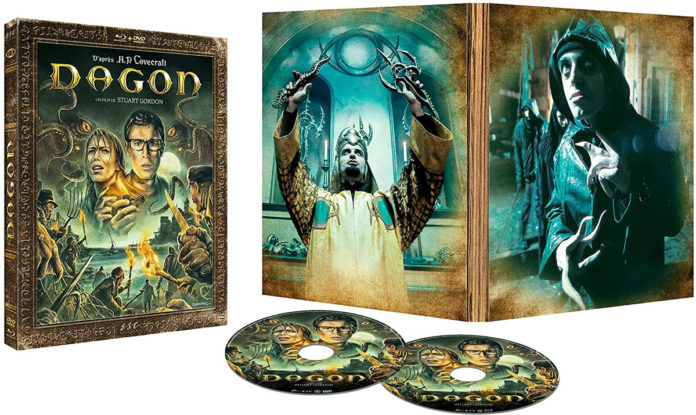 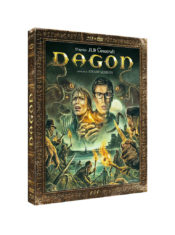 Paul and his girlfriend Barbara spend their vacation in the company of a wealthy couple of friends, Howard and Vicki, on their sailboat off the coast of Spain. Following a storm, the ship ran aground on a reef, seriously injuring Vicki, stranded in place. Paul and Barbara decide to go seek help in the small fishing village located by the sea, which seems strangely deserted … 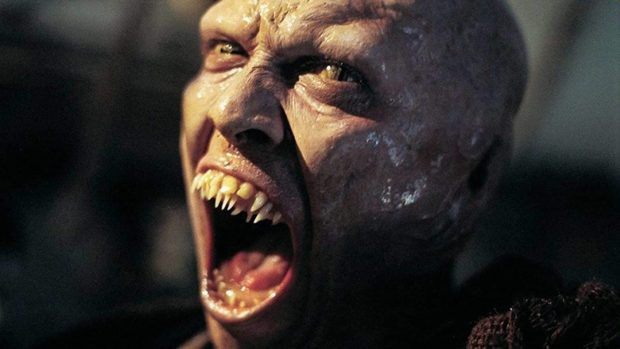 With the success of Re-Animator In 1985, a bond between Stuart Gordon and Howard Phillips Lovecraft was formed in the minds of horror movie lovers, to the point that the love affair between the native Chicago filmmaker and the Providence novelist lasted for twenty years: between 1985 and 2005, Stuart Gordon would indeed adapt five novels or short stories by Lovecraft. 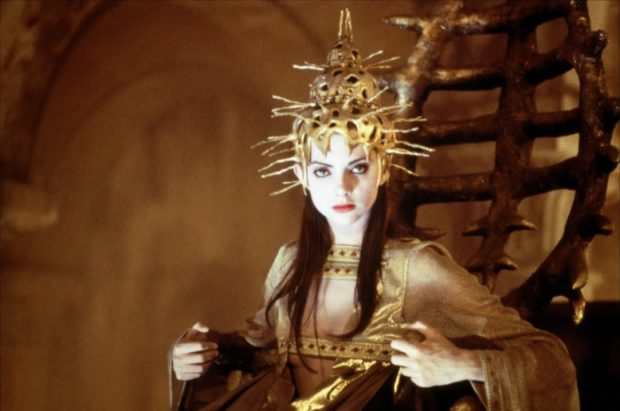 However, nothing really predestined the two artists to meet, as their respective conceptions of horror seem a priori to diverge. Stuart Gordon is indeed a maverick, follower of frontal gore and all bloody excess; his cinema is also sometimes tinged with a ferocious irony. HP Lovecraft’s literary work on the other hand was a very serious and first degree author, developing plots steeped in strangeness, fantasy and occultism. Little focused on grand-guignolesque descriptions, he favored the “viscous” to the gore itself: if his writings are filled with gelatinous, protean forms and substances, he never or almost never lingered on blood or corpses. 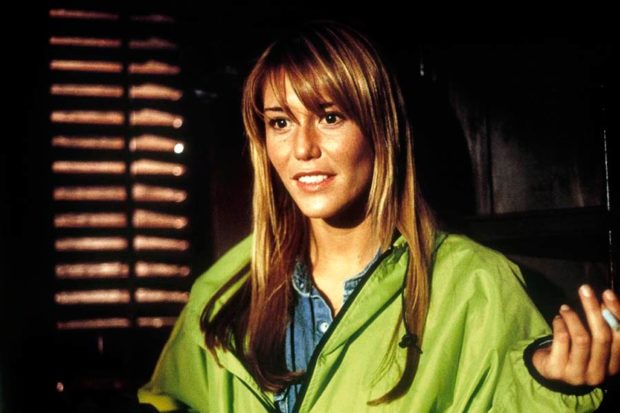 However, the universes of Gordon and Lovecraft come together on one point: that of a certain “viscerality”, coupled with a certain attraction for death. Dagon is the fourth of five films directed by Stuart Gordon based on the work of HP Lovecraft. Screenwriter Dennis Paoli claims to have incorporated elements from “Dagon” (1919); if we want to give him the benefit of the doubt, we would like to know which ones. Because as its title does not necessarily indicate, Dagon is actually an adaptation of “Innsmouth Nightmare” (1936), one of Lovecraft’s scariest short stories. Transposed from New England to northwestern Spain, the town of Innsmouth is here renamed Imboca, which phonetically comes close to a literal translation of the town’s name. 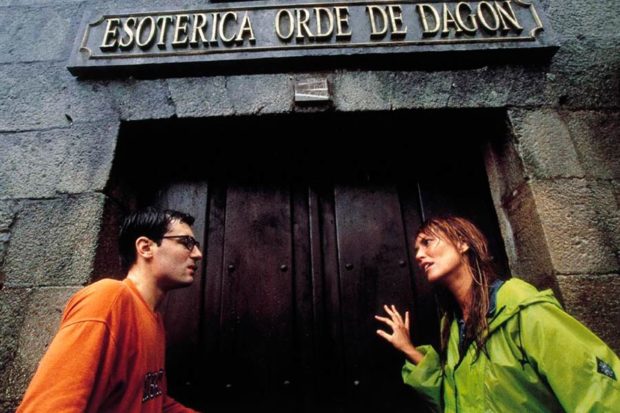 In its first part – or at least during the discovery bonus of the coastal village – Dagon turns out to be relatively faithful to Lovecraft’s short story. The atmosphere developed by Stuart Gordon is remarkable, and the strangeness of the inhabitants of Imboca is particularly well brought to the viewer – in particular thanks to successful make-up and a really careful design production. The narrative evolves like a dream, from one bizarre and incoherent twist to another, but Stuart Gordon holds the reins of his film firmly, and will manage to maintain tension for a good half of the footage. 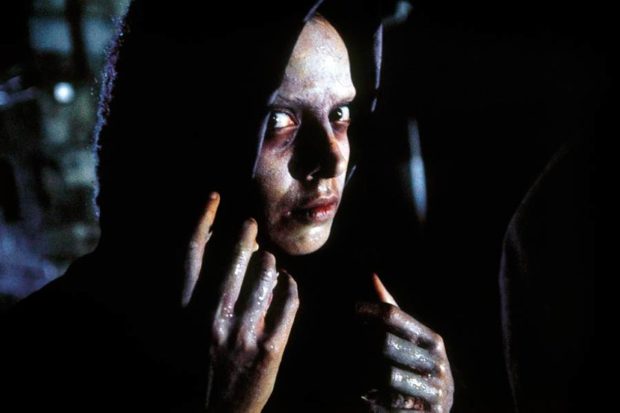 Borrowed from hesitation and fear of the unknown, the terror that will soon win over the characters of Dagon will be transmitted without too much difficulty to the viewer. Stuart Gordon’s eye and his talent for bringing out bizarre faces allows the film to maintain a constant sense of threat, which will be reinforced by the discovery of the cult of Dagon. However, moviegoers who discovered the film on video twenty years ago know it well: this state of grace only lasts a while, Dagon tending to become more and more absurd as it advances. However, Stuart Gordon’s keen sense for crazy delusions allows the film to retain the viewer’s interest until the final credits, but let’s say that the film is “Pschitt” and will never really succeed in bringing the viewer back to the heart of terror. 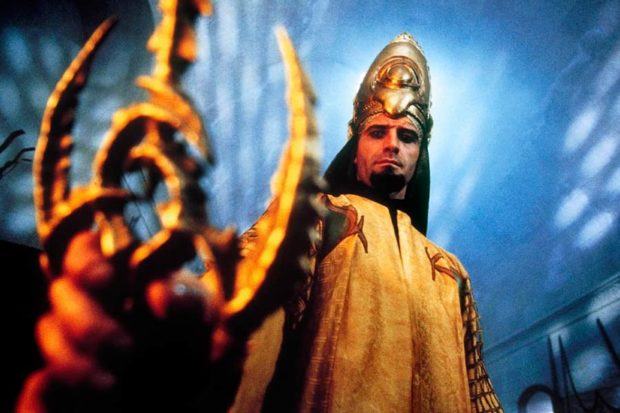 Everything goes nuts during the escape of the hero Paul (Ezra Godden, who cultivates, voluntarily or not, a little Jeffrey Combs side), while he meets in “flesh and blood” the character of the siren Uxía, whom he had previously seen in a dream. The latter is embodied by Macarena Gómez – Dale a tu cuerpo alegría Macarena, que tu cuerpo es pa ‘darle alegría y cosa buena. Dale a tu cuerpo alegría Macarena, HEY! Macarena. Macarena Gómez therefore, who against all expectations has forged a solid little career in Spain, in genre cinema of course (with the amusing Sexy Killer in 2008 or The witches of Zugarramurdi in 2013), but also on TV where she has multiplied roles for twenty years. And who saw his first steps in the cinema in Dagon knows how much it was not won. After its arrival in the story, the film will gradually become a big cheerful nawak, tending at times towards the nanar because of its approximate special effects, but generally still holding the course, and managing without difficulty to give birth to a satisfied smile on the lips of the deviant bisserie lover when the end credits arrive. 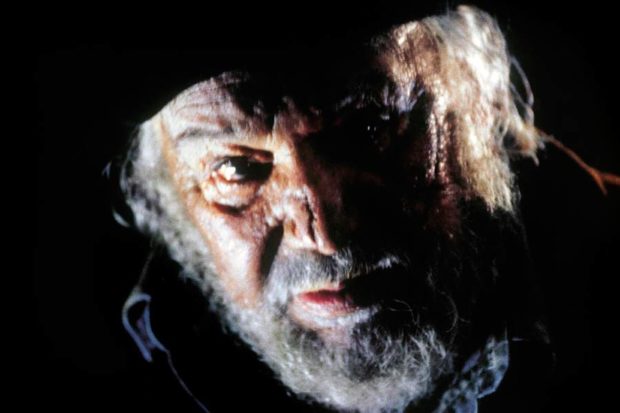 Despite its flaws, Dagon therefore manages to create an atmosphere, and the multiplication of gore effects and grotesque passages will probably be enough to satisfy lovers of the horror genre. Moreover, the film has for him a quality that few films of the beginning of the years 2000 can claim to have: we do not forget it. So much so that in the discovery of the multi-Oscar winning film by Guillermo Del Toro The shape of water in 2017, any enlightened fan of genre cinema declared “Bof – I prefer all the same Dagon. “ 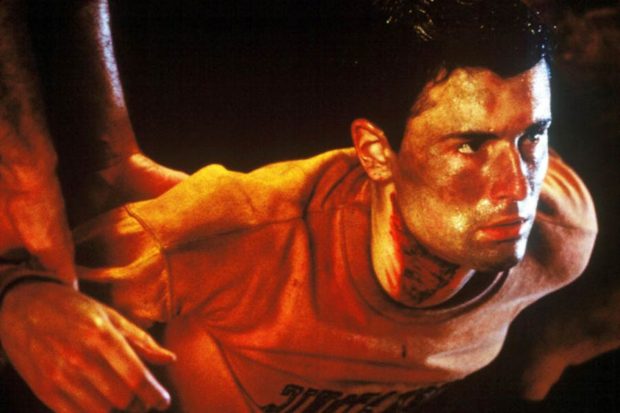 It is under the banner of ESC Editions than Dagon arrives today in Blu-ray, in a “Collector” edition with the visual and the neat contents. Stuart Gordon’s film is indeed presented in a Digipack box containing both the Blu-ray and the DVD of the film, and offered in a limited edition. 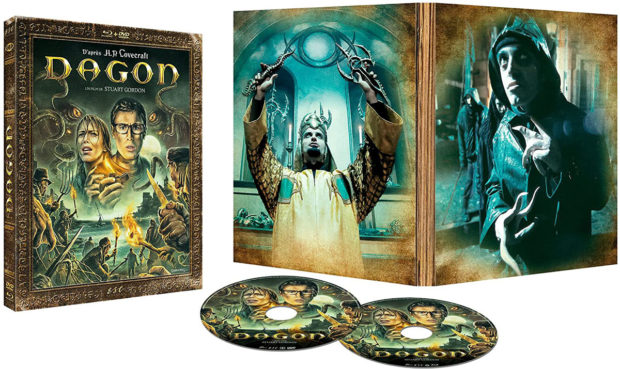 On the image side, it is no surprise that we will see that the teams ofESC Editions did not really succeed in working miracles. The visual rendering is of course extremely superior to that of the DVD edited by StudioCanal in 2003, but it still reflects the very modest origins of the film quite a bit. The HD rendering is relatively precise, quite “smooth” in its genre, but we can be satisfied with it without problem. On the other hand, the management of the calibration and the contrasts is rather random: the variations of tints and contrasts are legion from one shot to another, sometimes within the same sequence. On the sound side, it’s a party on the other hand: VF and VO offer mixes in DTS-HD Master Audio 5.1, and acoustic level, of course, the two audio tracks offer a crazy immersion, with constant multichannel effects, powerful, spatialized with incredible finesse and offering more than ever a real cinema sound at home. Very good work. 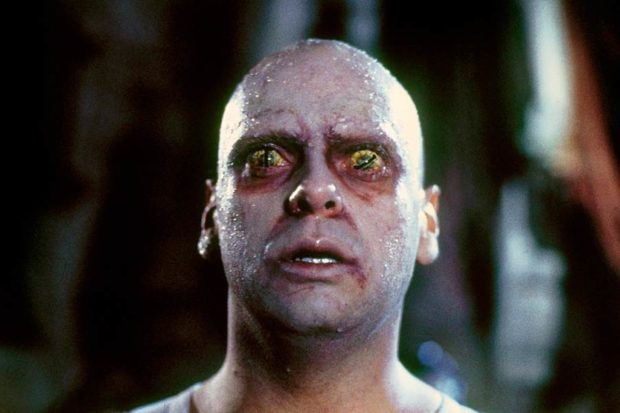 But it is in the extras section that we will find the real treasures of this Blu-ray edition of Dagon. We will start first with the classic: a audio commentary by Stuart Gordon and Dennis Paoli (VOST), which will be accompanied by a series ofperiod interviews with Stuart Gordon, Julio Fernandez, Raquel Meroño, Ezra Godden and Paco Rabal (17 minutes). These interviews have the particularity of having been recorded on the first day of the shooting of the film. 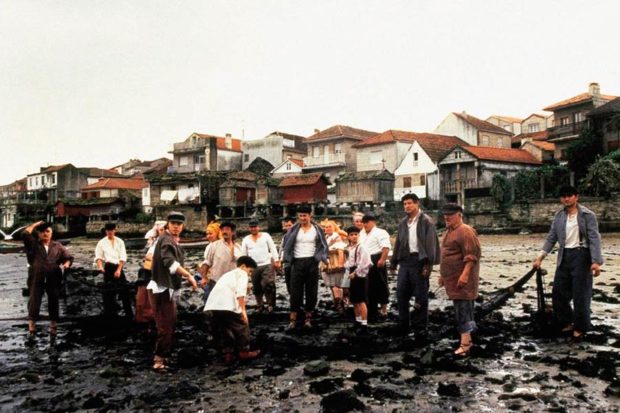 More original, we will find in the supplements of this Blu-ray + DVD edition of Dagon the short movie Escape from Midwich Valley (2014, 9 minutes), also based on Lovecraft’s short story “Innsmouth’s Nightmare” as well as on the track “Escape from Midwich Valley” of Carpenter Brut, quite fascinating artist of the French electro scene who draws his influences from the genre cinema of the 80s. This short film is offered in High-Definition, Scope and DTS-HD Master Audio 5.1, with an optional commentary by director Pierre-Henri Debiès. 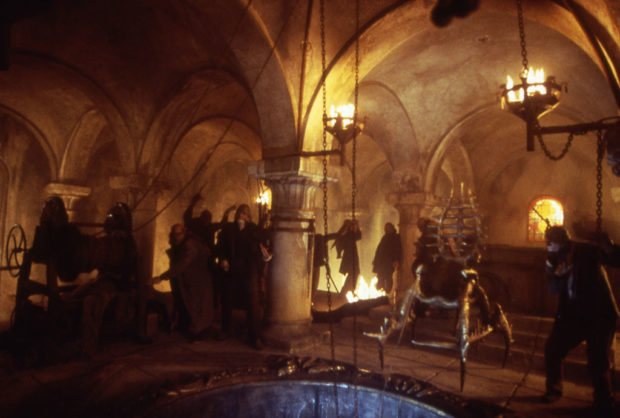 Last but not least, we will end with a supplement that is in itself worth the purchase of this edition of Dagon : a unpublished interview with Brian Yuzna, producer of the film (31 minutes). If you read us regularly, you know the love we have for this filmmaker and his work. In this interview, carried out in 2021, he will discuss in a fairly broad way the creation and the first years of the Fantastic Factory, a Spanish production company specializing in fantastic cinema directed by Julio Fernandez and Yuzna himself. He will come back to his desire to create a “label”, as well as to the first four films produced on behalf of the Fantastic Factory : Beyond Re-Animator, Faust, Arachnid and of course Dagon, a project that he had been dragging on for fifteen years while coming up against the refusals of producers to finance a film featuring fish-men. He will also come back to it extensively on Stuart Gordon’s contribution to the film, as well as on the shooting in Spain. Exciting ! 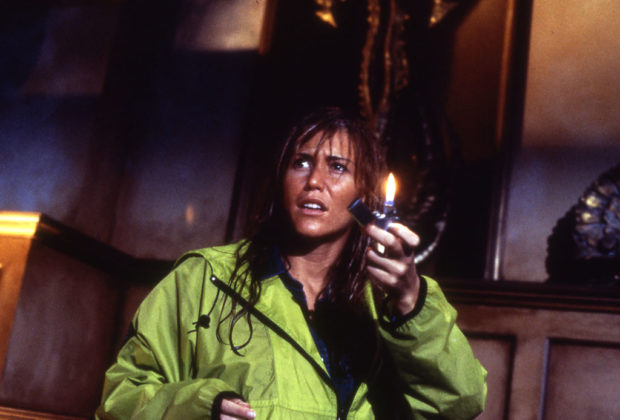