“This is the craziest superhero movie ever made.“assures us producer Peter Safran.”The Suicide Squad is unlike any other movie. He totally rejects the first film. If you love James Gunn and if you love Guardians of the Galaxy, you are going to love this movie. “

The Suicide Squad by James Gunn is due out on July 28 in our theaters and may be the most fun, wacky and exciting movie of this summer.

What link with the Suicide Squad by David Ayer released in 2016? No. The two films have no connection except that James Gunn takes on the characters of Harley Quinn, Rick Flag, Boomerang among dozens of others. 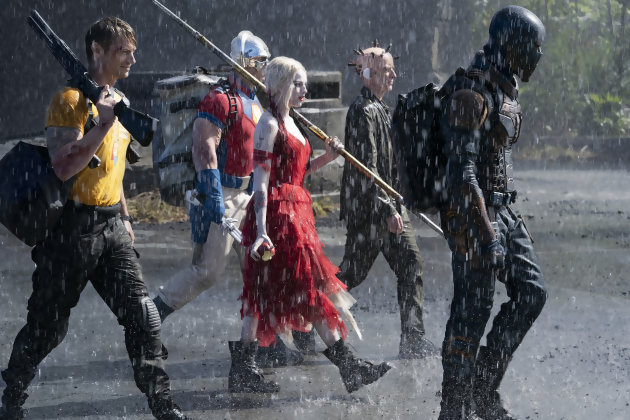 If Marvel has always given James Gunn a lot of freedom, the director has had complete carte blanche at DC. As well to weave whoever he wanted, when he wanted and in the way he wanted but also to make a film much more violent and biting (hence the ban on under 12s).

Filmsactu was able to extract information from producer Peter Safran (to whom we also owe Conjuring, Aquaman or Shazam!) which certifies that we are entering a new golden age of DC.

“This is the craziest superhero movie ever made.”

So far we’ve only seen the trailers. What to expect from The Suicide Squad?
Peter Safran: The trailers are very faithful to the content of the film. It’s pure James Gunn. It is a film of hold-up in times of war (“a war caper film”) worthy of those of the Sixties but revised by James Gunn who benefited from a total freedom. It is 100% his vision. I would say this is the craziest superhero movie ever made. The Suicide Squad is unlike any other movie. If you love James Gunn and if you love Guardians of the Galaxy, you are going to love this movie.

When did you think about contacting him? Right after he was fired by Disney?
He was fired on a Thursday. I called him the following Monday. I saw Toby Emmerich (currently President of Warner) on Monday morning and told him “How about James Gunn for The Suicide Squad?“. Toby told me he loved James and was up to any project with him. I called James and said”Who better than you to assemble a bunch of unrecoverable outsiders and send them on a suicide mission? Do you want to do Suicide Squad?“. He asked me for time to think about it and then he called me back and said that he was up for it if he had absolute carte blanche. He wanted to be sure that he had the freedom to use all the characters that he wanted. “he wished and could kill the characters he wanted to kill. Then to have the liberty to tell the story he wanted. Warner immediately said yes. He quickly got down to writing the scenario. 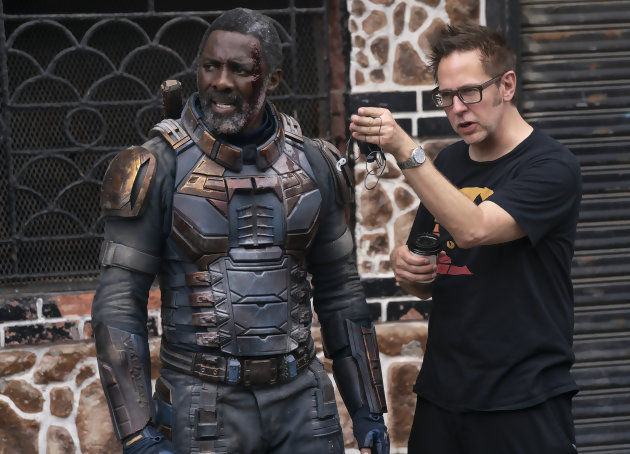 “James Gunn’s vision demanded a Rated-R. It’s in the DNA of the film.”

Were you surprised to learn that Disney fired James Gunn because of old tweets?
Yes. I was really surprised. Marvel had known these tweets for a long time, they were over 10 years old. James Gunn had since apologized for it. They knew everything. They really fucked up. But their loss has been favorable to us. And in the end, they ended up hiring him back. For James, everything ends for the best. He was able to make The Suicide Squad, a film he loves and which he says he has never had so much fun on set, then he will be able to complete his Guardians of the Galaxy trilogy. For the fans, this is an absolute victory.

What makes James Gunn a special filmmaker in today’s superhero landscape?
He is one of those rare artists to write his scripts, to draw his own storyboards, he draws any sequence, and to direct the films. He’s a complete filmmaker. He has a vision of his films before he even writes them. There are few directors in this category. He is placed with Taika Waititi, Quentin Tarantino, also Edgar Wright, in the club of real screenwriters directors.

Was it easy to get DC to produce The Suicide Squad as a Rated-R movie? (prohibited for children under 12 in France). There are few DC Rated-R movies.
The Joker is Rated-R and has been a success for them…

Yes, but he is not part of the DCEU.
Yes of course. The truth is, it wasn’t hard to convince DC. James Gunn’s vision required a Rated-R. It’s in the DNA of the film. The studio had only one desire, to support his vision. Warner never hesitated on this. 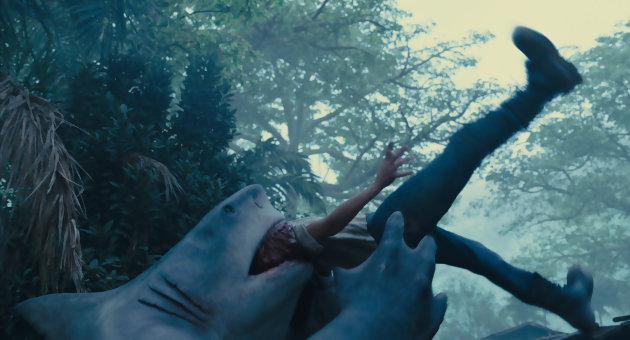 “Fans will hallucinate about Peacemaker. He’s going to be a DC star. “

Yes. Even though the two films have characters in common. This film is the vision of James Gunn. But he loves Harley Quinn, Rick Flag, Boomerang, and Amanda Wallace. They are great characters. It was his desire to reuse them and reinvent them in a story of his own that directly refers to the comics of John Ostranger (who invented Task Force X).

Which character is likely to surprise fans? And do you have a favorite character?
Hayley quinn has never looked so great on screen. Fans will love it. But there is also Bloodsport. Idris Elba embodies it to perfection. But to be honest, I have two favorite characters who for me are better than everyone else. There is King shark and Ratcatcher. Ratchatcher’s story is strong and moving. This is the story of a father daughter relationship that I adore. He has a sweetness in there. As for King Shark, he’s hilarious. It is really a giant fish that walks and is sent on a mission. It’s just funny. What’s great about James is that he was able to take third or fourth zone characters from comics like Peacemaker and turn them into main characters. Fans will hallucinate on Peacemaker. He is going to become a DC star. This is why we went directly to a series Peacemaker for HBO Max.

It’s going to be an amazing summer for John Cena between Fast 9 and The Suicide Squad.
They are two different movies, but people are going to be surprised to see that he is able to play such different characters. 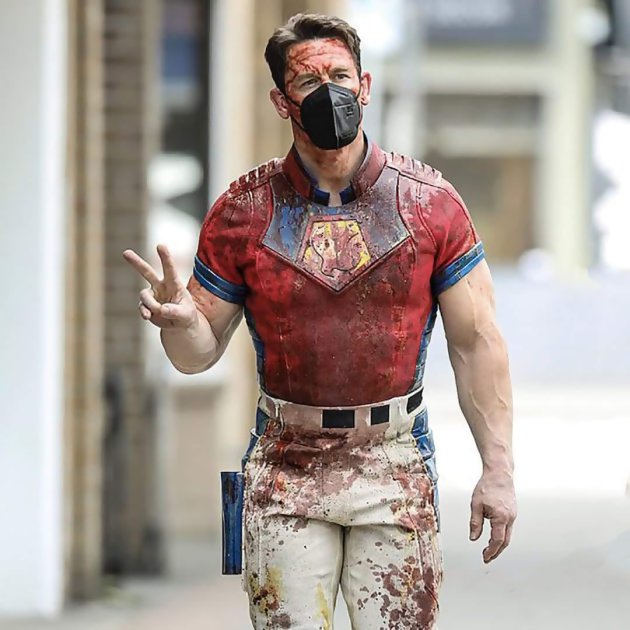 Who had the idea to contact Sylvester Stallone for the voice of King Shark?
James wrote this role for Stallone. In his head, it could only be Sylvester Stallone. We shot the movie, animated the character, and Stallone didn’t come in until the end for the dub. It only took him one day. But I was amazed at how enthusiastic Stallone was about this project. He is an actor, director, screenwriter, producer of legend. He has nothing more to prove, it’s a cinema myth, but he came with this desire to be as involved as possible. He screamed, shrugged and gave everything he had while recording. You expect that from a young actor who is starting out but not from someone like Stallone. I never expected him to put out so much energy and be so enthusiastic at all.

The Suicide Squad therefore evolves into the Peacemaker series. You mentioned the idea of ​​a spinoff series from The Conjuring. Marvel is launching official MCU series on Disney +. Can series now be complementary to films?
Yes. They can. However, we do not want to dilute what we offer on the big screen. The idea is not to do the same in series. For a series to work, you have to have a story that must be told in 7/8 hours and which cannot be condensed in 2 hours. In this context, there is the possibility of going so deeply into characters. Peacemaker is a great opportunity. This series will bewilder and surprise. It’s so funny while being touching. If we decide to validate Conjuring in series, it will not be a series about the Warrens with Patrick Wilson and Vera Farmiga. It would be a different story in the same universe. The existence of HBO Max allows us to enrich our universes. HBO Max stimulates our creativity and will allow us to tell those stories that we couldn’t before. It’s an exciting time for anyone with franchise ideas at Warner. 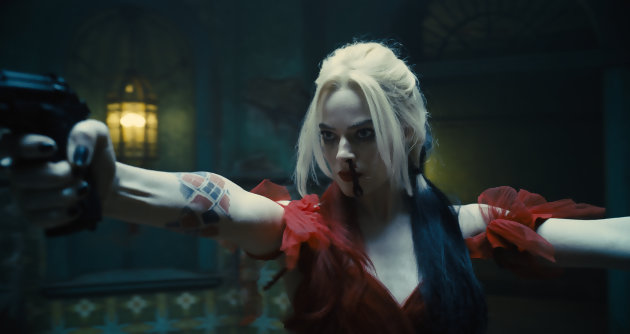 “We are entering a new golden age for DC films.”

You produce Shazam 2 and Aquaman 2. Do you think a new DC is being built after a very complicated time?
DC is already in a different and exciting time. The first Wonder woman was awesome, Aquaman was successful, I love it Shazam!, Joker was unbelievable. I love that DC allows every movie to have the tone and atmosphere it requires to bring its characters to life. The future is so exciting. With Andy Muschietti for The Flash, Matt Reeves for The batman, James Gunn, directors of Bad Boy For Life sure Batgirl… DC is on the right track and making the right decisions. It’s my feeling from the inside. I hope we are entering a new golden age for DC films.

A few years ago, you produced the American remake of Martyrs by Pascal Laugier. What do you keep from this experience?
First of all, Pascal Laugier’s film… it’s genius. It is a striking, unique film. Our idea was to see if, with a modest budget, we could do something with it. The truth in all fairness is that this remake was unnecessary. The original version is so strong that it did not require further adaptation. 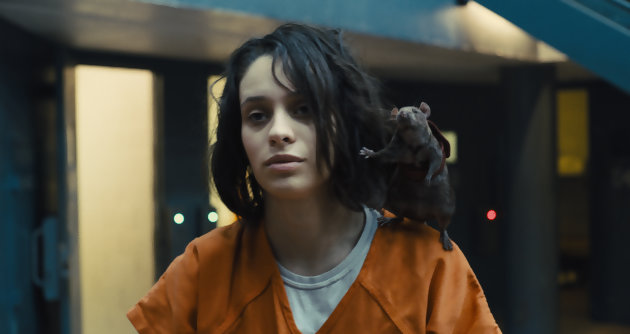 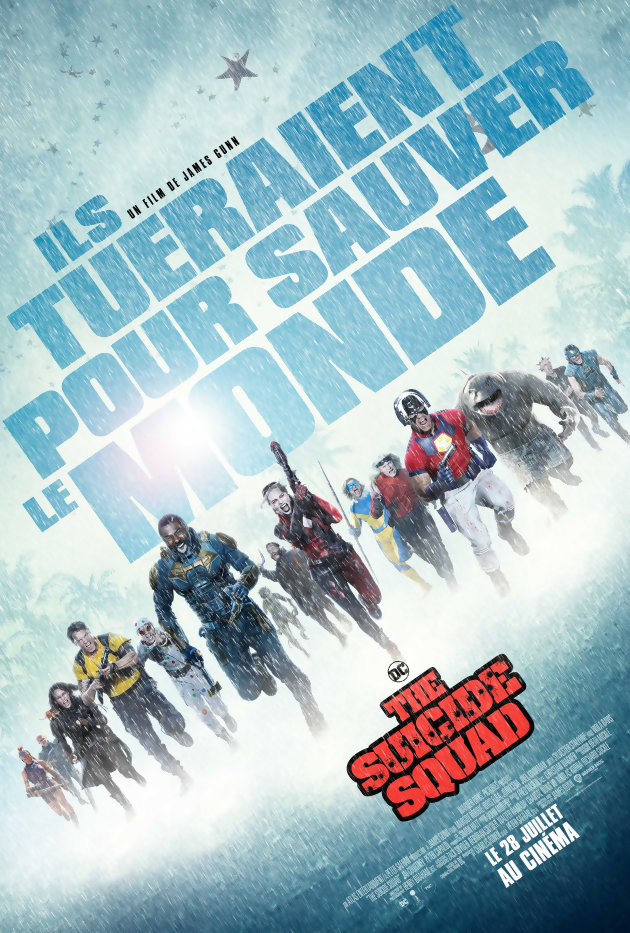