When an enlightened and very enthusiastic director falls prey to his characters, it results in a state of agitation, a little messy, a little chaotic but very creative and imaginative. Élie Khalifé, writer-director whose filmography spans two decades – Taxi Service (1996), Merci Natex (1998) Yanoosak (2010) – shows in his new film, State of Agitation (State of Agitation), that comedy can s ‘associate with auteur cinema without discrepancies because first of all it is independent and rigorous and it is not enough for the subject to be sharp to be classified in this genre. The director proves once again that his signature is atypical, particular. “Moreover, specifies Élie Khalifé, this film was screened a month ago at the Gabès festival in Tunisia, which favors auteur cinema. “And to specify again, to prove his words:” I speak of a typically Lebanese subject to approach a broader topic. I wanted to show that nothing ever came to fruition in Lebanon. Even a very simple scenario can get tangled up and go all over the place. ” 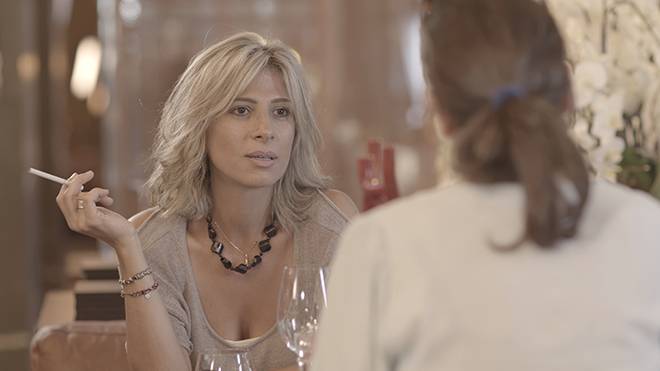 Claude Channice: when the thread between the real and the fictitious blurs. Photo DR

A bridge between the audience and the director

“The Lebanese, whatever his profession, tends to start a project without knowing how to finish it,” he also said. Based on this idea, Élie Khalifé performs a mise en abyme in the cinema. “When a director writes a screenplay, he constantly lives with his characters, but at the same time, he abandons them along the way. He goes from character to character leaving them in an awkward situation. They will then revolt against him. He will thus be dumped by the fictitious characters of the film and the real ones who surround him, ”he says. It is by flirting with music, sounds, images and all the codes of cinema that Khalifé gives leads to the viewer who does not know from the start where he is going. “It’s a comedy developed like a thriller,” notes the filmmaker. I tried to put to work a structure applied to detective films so that the viewer gradually discovers where the film is going while even leaving a surprise at the end. “Producer, screenwriter and director of State of Agitation, Khalifé also wears the actor’s cap in this feature film:” A formidable job and a role that I liked to take on. “And to continue:” I wanted to make a film that I myself wanted to see on the big screen. Admittedly I recognize that State of Agitation is halfway between the purely author’s films of Gabès or Valencia and the commercial films, but it is also a UFO of the cinema, where I pay homage to all my cinematographic references like John Turturro in Barton Fink by the Coen brothers or even Nanni Moretti. ”

The film was shot 20 months before the coronavirus pandemic, at the rate of one shooting day per month. It is with small means, but a great team who followed him in this adventure and who trusted him – like the actors Fadi Abi Samra, Michèle Aoun or Talal al-Jurdi – that the director concocted this movie. “It was a luxury to shoot so slowly, managing my own time. In addition, it was necessary to be rigorous because in a comedy, it takes rigor, so that it is not vulgar or just popular ”, he specifies. A comedy that makes you think. “Now this film is catching on. He took to the open sea and traveled like a grown-up. He makes his life ”. After Gabès and Malmö, he will be in Chicago, as well as in independent festivals. “Aki Käurismaki, a director whom I like very much, said that it was an honor for him to send his films to participate in big festivals, but, little by little, he realized that the red carpets and the glitter took over the contact with the public. So, like him, I admit that I prefer small independent festivals where the film just becomes a bridge between the director and the public, ”concludes Élie Khalifé.

When an enlightened and very enthusiastic director falls prey to his characters, it results in a state of agitation, a little messy, a little chaotic but very creative and imaginative. Élie Khalifé, writer-director whose filmography spans two decades – Taxi Service (1996), Merci Natex (1998) Yanoosak (2010) – shows in his new film, State of Agitation …