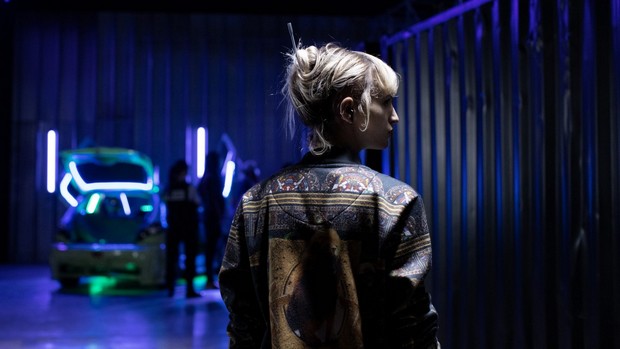 In many ways, this French national holiday is not like the previous ones from a cinematographic point of view. Since the Cannes Film Festival is still in full swing until next Saturday, the program of outings abundantly reflects this festival frenzy on the Croisette side. Then, by the force of pandemic circumstances, the enchanted parenthesis of cinematographic leisure without gauge, nor curfew, nor health pass, will close already next Wednesday. So make the most of this wonderful week of cinema as much as you can, which once again we do not find much to complain about!

After the Palme d’Or candidates of Leos Carax and Paul Verhoeven released last week, three films from the Cannes selection are landing on our screens as of today! And we recommend them all three without reservation. Because if the two participants in the competition, Bergman Island and Titanium, confirm the talent of their respective directors, Mia Hansen-Løve and Julia Ducournau, the Portuguese representative at the Directors’ Fortnight, Tuoa’s Journal by Maureen Fazendeiro and Miguel Gomes, is a first fine example of works created under the influence of confinement.

Outings that are more targeted to the general public may also be worth a look. If we must be allowed to prefer the wild and visceral racing cars of Titanium to the completely unbridled action of the eighth suite of Fast and Furious, Christian Clavier’s little resemblance to Peter Sellers as Inspector Clouseau in the big French comedy of the week, Mystery in Saint-Tropez by Nicolas Benamou, is not without charm. However, the most unmissable film in the multiplexes in this mid-July seems to us to be the explosive face to face between Tahar Rahim and Jodie Foster in the prison thriller Designated guilty by Kevin Macdonald.

Likewise on the bill this week: an animated film with an ecological soul, a documentary on a legendary photographer and a little fraternal tragedy that our colleague Jean-Jacques did not find without interest.

Finally, a sublime eclecticism is the same on the side of films in revival. Starting with a kind of double African program, which will allow you to familiarize yourself with the work of director Ousmane Sembene, through a documentary produced in 2015 and the re-release in a restored version of one of his masterpieces. artwork The mandate. We remain in the southern hemisphere or at least in the register of Latin American culture with the return of the flagship documentary from the beginning of the century, Buena Vista Social Club and his rustic grandfathers, veterans of Cuban music who had won back a whole new generation of admirers at the time thanks to Wim Wenders’ film.

We close our review of weekly releases with two pearls of genre cinema. The skilfully measured excess is indeed at work both in the so well titled Possession by Andrzej Zulawski, in which Isabelle Adjani delivers a real tour de force, and in the half-fantastic, half-historical tale The Devil’s Backbone by Guillermo Del Toro.